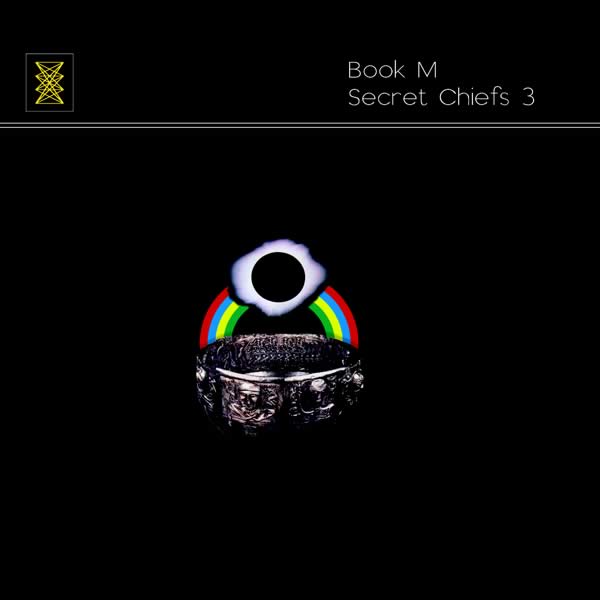 To start from a new base and keep only the energy, the freedom and a part of the instrumentation from «rock», such is the credo of these parallel musics of which SECRET CHIEFS 3 powerfully illustrates the approach. The charm of this third ALBUM of SC3 relies on the variety of regions visited, crossing the arabian peninsula, iran, turkey, india, greece & eastern europe to confront their temperaments. Its strength lies in the different treatments to which they are subjected → «metal», «electro», or preserved in their classic arrangement, the various traditions are in turn doped, desecrated or respected. SC3 does not invent anything in substance but gives clarity, consistency and conviction. It is as much a work of deconstruction as of enrichment. Also this approach is as much a popularization as a refreshment, and can constitute by its immediacy a great first step into the direction of various non∼occidental cultures…

→ Originally edited on CD in 2001, and still —for this first «special DELUXE» vinyl edition— under WEB OF MIMICRY   license. 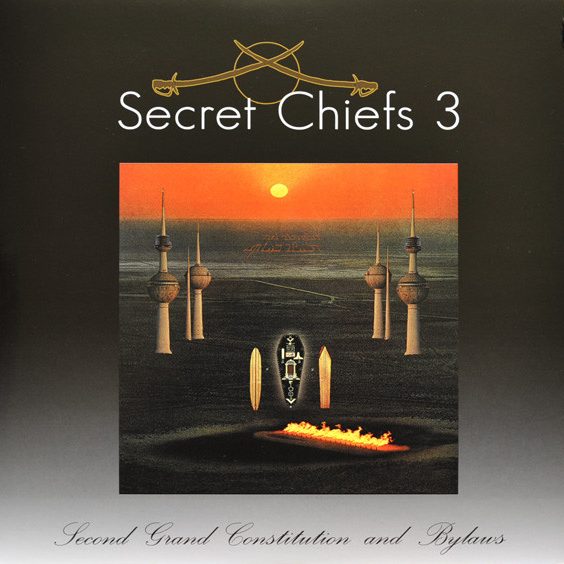 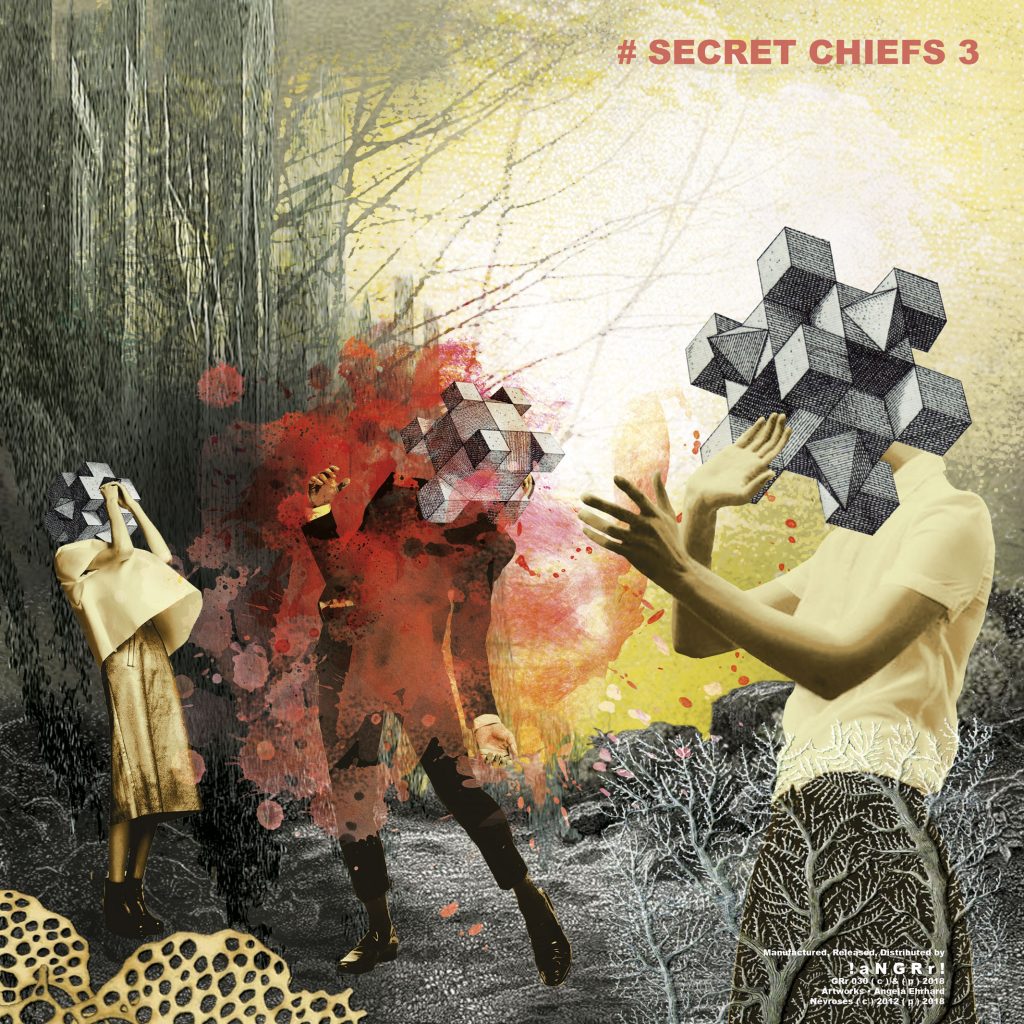 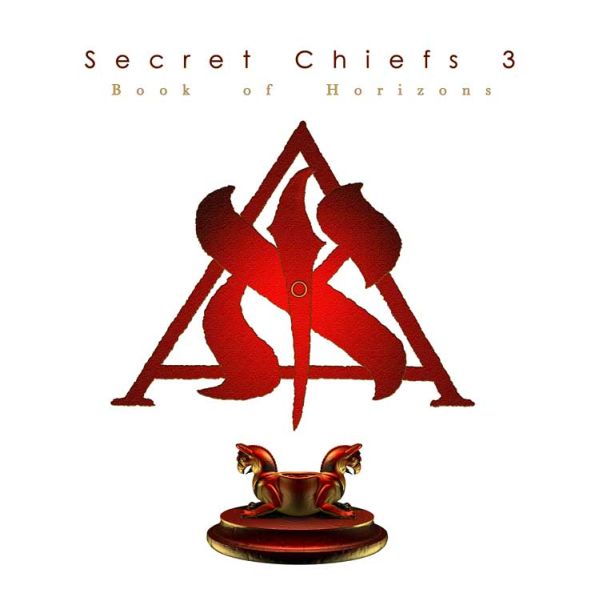 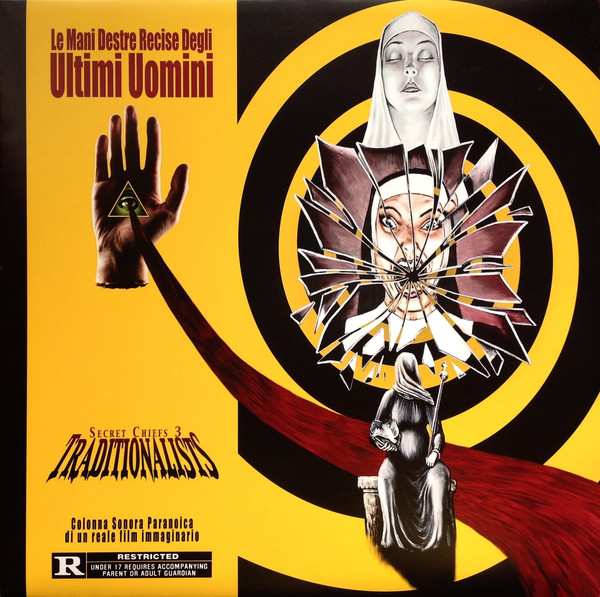 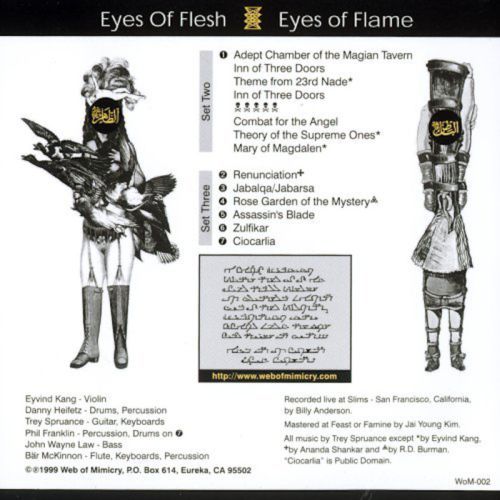 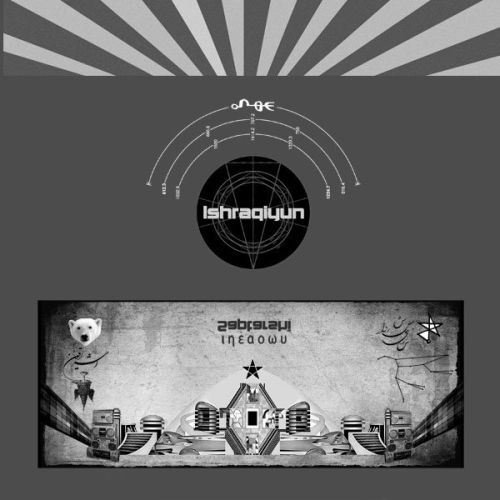 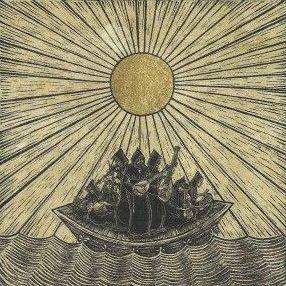